Location: Fisher's Island Sound in Long Island Sound, New York
Station established: 1871, Automated: 1978
Focal height 60 ft.
Owned: New London Maritime Society, 2013.
This wonderful granite lighthouse erected on a mostly submerged ledge at the western end of Fishers Island was completed in 1878 after seven years of amazing determination on the part of the engineers and builders, among these New London’s Captain T.A. Scott. Strong, fast currents at this location (hence the name The Race) and conflicting seas are the normal conditions here where Long Island Sound, Block Island Sound and Fishers Island Sound all meet. Due to the large losses in lives, ships and cargo on the ledge over the years it was decided that a lighthouse was essential regardless of the difficulty and expense in building it.
Appointed as Race Rock Lighthouse Keeper in 1880 Thomas A. Carroll would row his boat across Fishers Island Sound to Noank for supplies and to visit his family. In January of 1885 a severe storm blew in catching Mr. Carroll ashore. The storm lasted several days and finally the Keeper decided he could stay away from his duties at the lighthouse no longer. He was last seen alive rowing out through the powerful waves alone in his small boat.
The expense and difficulty in building traditional lighthouses in remote and submerged locations brought about the development of the cast-iron caisson foundation for use on such sites. Latimer Reef Lighthouse in Fishers Island Sound is a good example of this type. Race Rock Lighthouse was one of the very last traditional masonry lighthouses to be built in the United States in such a location. ≡ 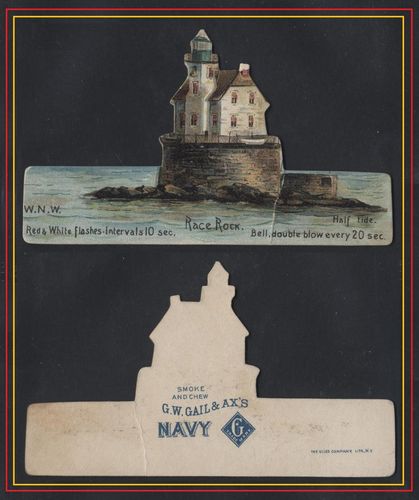 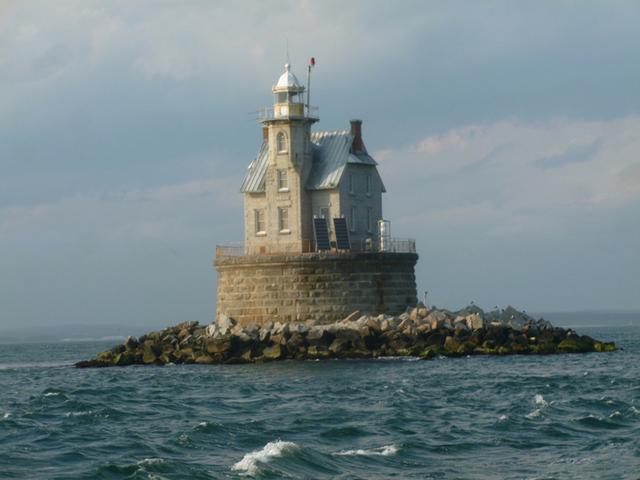 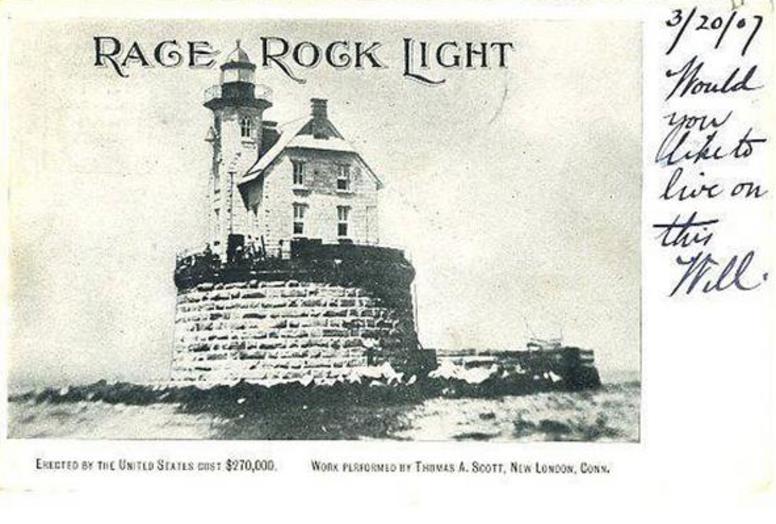